Corruption, Abuse of Power, and More Fake News and Defamation from a Government Agency

In 2019, my wife and I were arrested in front of our four children, without a warrant, on 23 fabricated, trumped-up felony charges, that were all dismissed as being without any probable cause.

The Court examined all of the evidence against us, and ruled that we had committed no crime whatsoever.

The judge actually reprimanded the prosecutor for bringing such a "ridiculous" case to her courtroom, and she further stated that this was the "worst" offence by a government agency she'd seen "in all [her] years as a judge", as she put it.

There was no probable cause of our arrest, and we were properly released.

During my time in jail, I asked the officers why they had arrested us.

"Who had we ever wronged?" I asked.

"You should have settled with [defendant]" the officer told me.

The reality is that we had settled with the defendant, but had to sue them again for their not abiding by the terms of our settlement agreement.

The alleged "victims" cited by the officers of the law were none other than defendants in several civil lawsuits.

In each of these lawsuits, we were the Plaintiffs, suing these people for bad conduct and damages they had caused us.

Not the other way around.

But our adversaries were not having much success with defending our claims against them in the civil courts.

So they appealed to several law enforcement agencies, including the Mesa and Chandler police as well as the Attorney General.  They even tried to get my Real Estate Brokers license revoked by filing a complaint against my license.

But each of these government agencies correctly concluded and told our adversaries that the matter was/is a civil matter, to be dealt with in the civil courts.

But then, one agency known as the Department of Public Safety ("DPS) with personal ties to one of the defendants we were suing was willing to seek to turn our civil dispute into a criminal case against my wife and me.

Six weeks after the wrongful arrest my wife and I endured, and after the Court found and ruled that there was no probable cause for any of the alleged crimes we were accused of by the prosecutor and the DPS, the DPS decided to "get back" at us by writing several completely untrue statements about my wife and me on their government press-release website.

While it's true that we were wrongfully arrested for the charges DPS accused us of, they fail to accurately report that there was no warrant for the arrest, and that all of the charges were thrown out by the Court (see below): 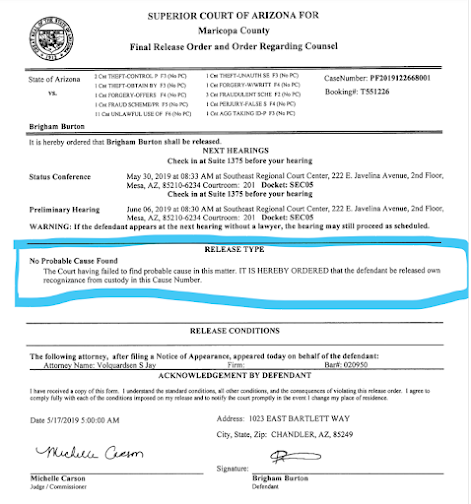 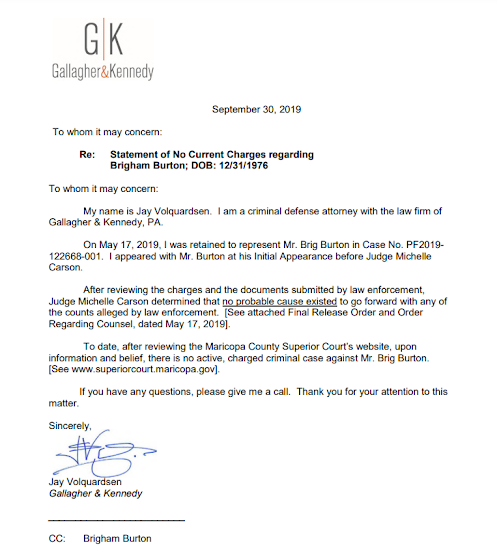 In spite of what has been inaccurately reported by our adversaries and DPS - and by extension the press and other media outlets that picked up on the inaccurate story - we are honest and we do what we agreed to do in each of our contracts with which we are bound by.

There is absolutely no legitimate finding of fact, or any basis of truth whatsoever for any of the things this corrupt DPS has accused us of.

The Arizona DPS is an agency with a very long list of internal corruption and internal arrests due to officer misconduct.

In fact, during the time of our wrongful arrest, the DPS website reported more internal arrests against its own corrupt agents than they even had against any external/public wrongdoers, suggesting a very serious and systemic corruption within the DPS.

Although Colonel Frank Milstead of DPS has stated that “Every employee with the Department is held to the highest standards and levels of public trust. This department will not accept any employee’s breach of that trust and will take swift action to ensure those employees are dealt with appropriately,” that doesn't appear to be the case with the DPS agent assigned to investigate our case who has lied several times under oath and has sought to destroy our reputation by posting the knowingly false statements about us online.

Although we may rub people the wrong way with our personalities or the conservative and religious views we hold to, or the fact that we occasionally have to sue bad businesses for their misconduct or breaches against us, we have always sought to be honest and fair in all of our dealings with our fellowmen.

We hope and pray that in time DPS will do what their own attorney advised them to do: take down the knowingly-inaccurate post.

We also hope for relief from the Courts as the wrongs we've suffered by having our reputation damaged by the lies spewed by an overzealous DPS officer has been emotionally and financially devastating to our family.