"The family is a link to our past, and a bridge to our future.” – Alex Haley

My given name was Kent Burton, named after my father, Kent.

My parents were both young, newly married, and attending Brigham Young University in Provo Utah.  They were far from the home they grew up in, and from parents and family, most of whom still lived in Louisiana.

They never completed their college education, and I learned later in life that both struggled with severe depression.  Both contemplated suicide when I was a toddler, and my dad confessed in later years to nearly pulling it off with a loaded gun to his head up in the mountains.

I’ll admit that I grew up in fear of my dad, and our relationship was often strained, if not explosive.  He believed in being firm, since he felt his dad, McKay Burton, was too soft.

And although they were extremely devout in their LDS faith, my grandparents, McKay and Rene Burton and their 7 children and grandchildren have on the whole struggled with great tragedies in life, as their children or grandchildren have had numerous incidents of divorce, abuse, poverty, and crime.  My dad and us children were one of the exceptions, comparatively, in many respects, or so it may seem..

McKay and Rene Burton’s ancestors both have deep roots that trace back to the early members of the Church, including direct ties to Anson Call and Joseph Fielding.  Many of these early LDS church pioneers were beaten, tortured, raped and in some instances killed; almost all of the early pioneers had their property stolen from them, on account of mob violence and persecution against the early Church.

My mom’s parents, Moses, who was Lebanese, and Barbara who was mostly Scottish, were much more firm and disciplined with their children.  Each of their 6 children have had relative success and happiness in their lives.

Many of Moses’ ancestors, the Attayas and the Salibees, fled from Lebanon due to Muslim persecution and hostility against them due to their Christian faith. 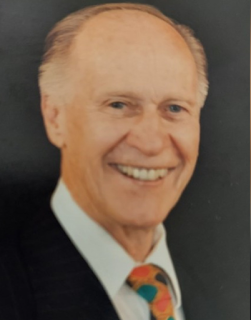 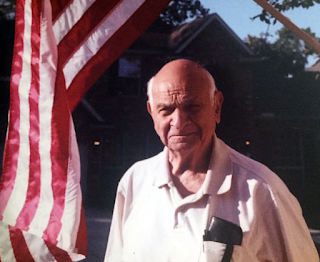 Both of my grandfathers were named after prophets. McKay being named after latter-day prophet David O. McKay, a close friend of the family when he was young, and Moses being named after the ancient prophet who helped deliver Israel from slavery in Egypt.

They both fought in World War II as pilots and suffered through the great depression in their youth. Both were very strong in their Christian faith, and believed in and fought for the freedoms it would seem we Americans take for granted today. I believe their generation was and is the greatest generation our country has ever seen.

On both sides of my family, my LDS-Christian father’s side, and my Methodist-Christian mother’s side, fleeing cruel and unfair opposition (even opposition sponsored by the government) is in our roots.

And so, my opinion of the government and its overbearing role in people’s lives - especially when imposing itself unfairly upon individual rights, or freedoms of worship or speech or commerce, isn’t very favorable.

For many more reasons which I’ll elaborate on in more detail later on, besides just my own upbringing and family history, I’m a Christian and a conservative libertarian.

This conservative libertarianism value system for me is defined as one who believes in the advocacy of economic and legal principles such as fiscal discipline, respect for contracts, defense of private property and free markets; fewer laws banning minor crimes, and the traditional conservative stress on self-help and freedom of choice under a laissez-faire and economically liberal capitalist society with social tenets such as the importance of religion and the value of religious morality through a framework of limited, constitutional, representative government.

Always remember that there is great strength in knowing our ancestors and great power in honoring the legacy of our forefathers.